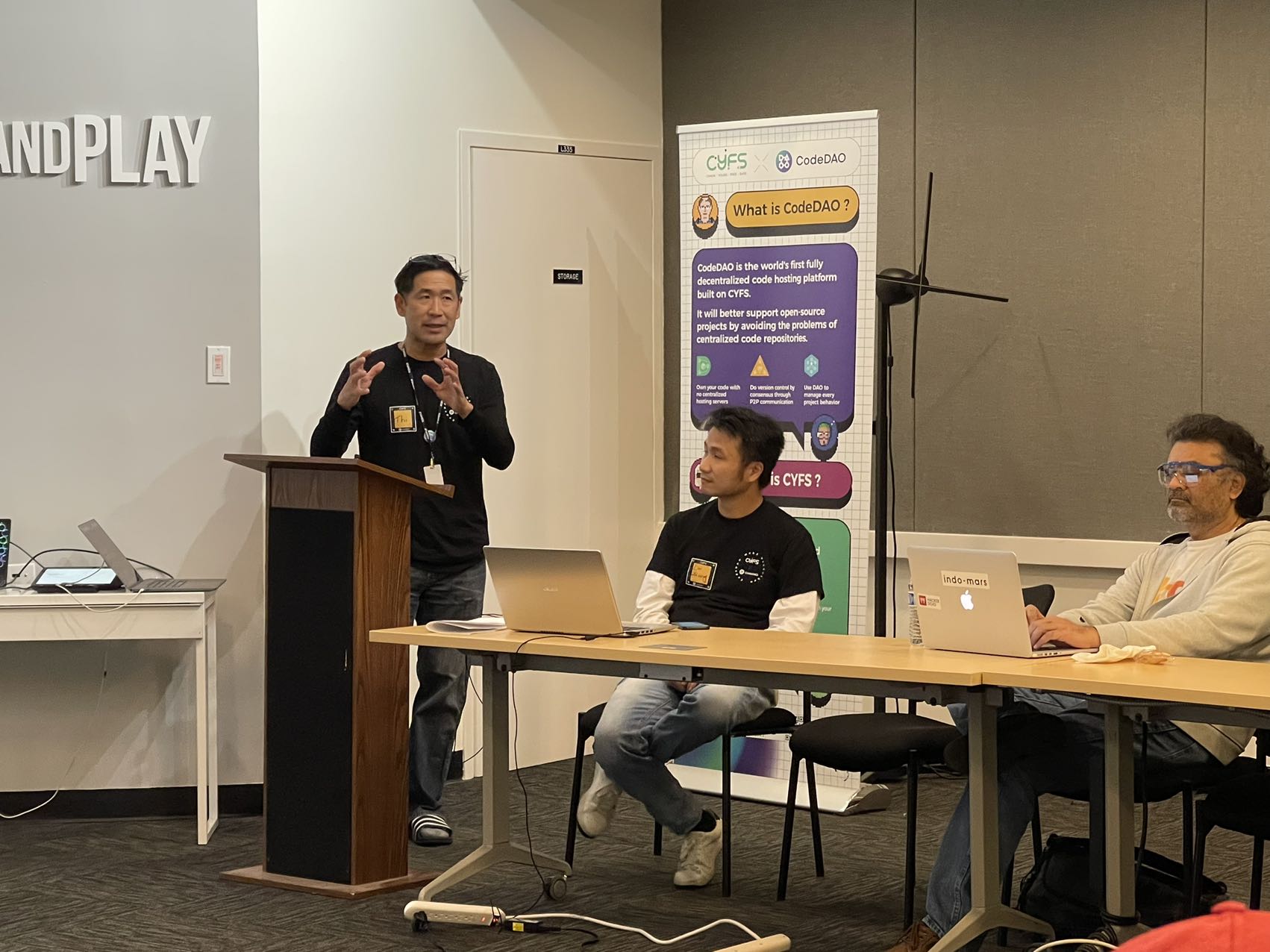 On October 15th, the CYFS community held its first hackathon at Plug and Play, 440 North Wolfe Road, Sunnyvale, attracting dozens of teams. The event will run until October 24th，The top three winners will share prices and rewards worth $26000 and chance to attract seed capital. 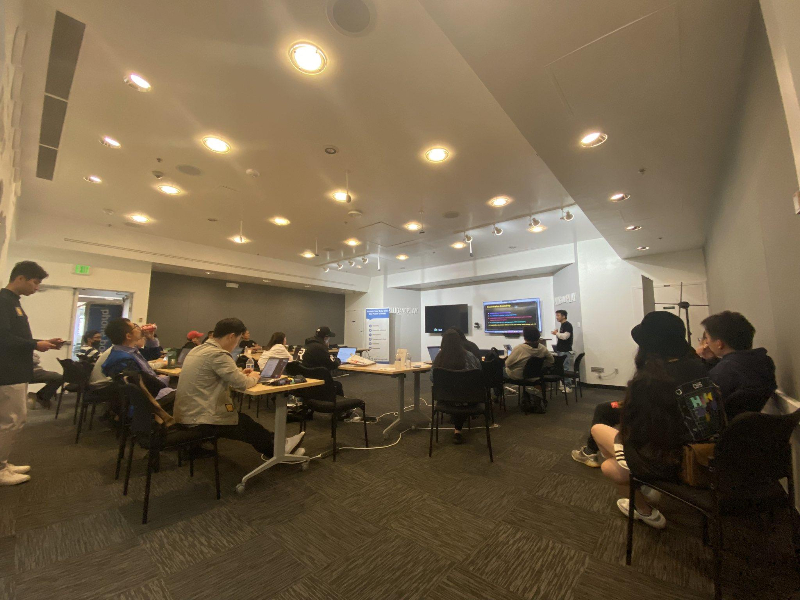 .The other sponsor of this hackathon is CodeDAO. CodeDAO is the first and only fully decentralized code hosting platform in the world. It is built on CYFS. Teams will use CodeDAO to do code hosting and git version control in this hackathon. CodeDAO itself is a very good example to show how next-generation Web3 apps will be like. There is no centralized server to store project data and handle user requests, instead every developer run their own CodeDAO application on their own OOD(owner online device, a terminal or VPS running OOD software) and can have a copy of the code. OODs communicate with each other in a P2P way. o, the final status of the repo is made by the consensus of all project members. 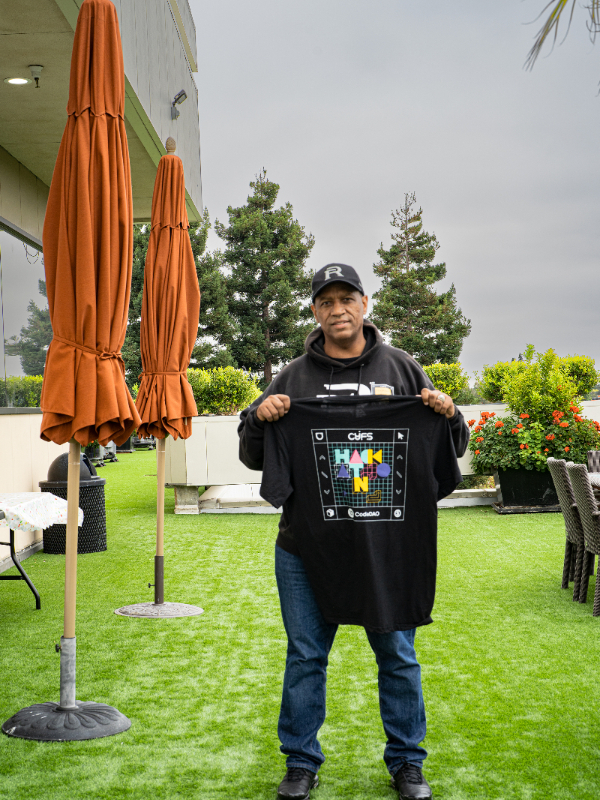 With CodeDAO , developers can trully own their code data and application.

It completely solves the drawbacks of all centralized code hosting platforms, bringing git tool back to a decentralized tool to do version control. CodeDAO has many other strong features, for example, developers can operate a open source project as a DAO and CodeDAO public community also operates as a DAO. From this we can see the capabilities of CYFS. 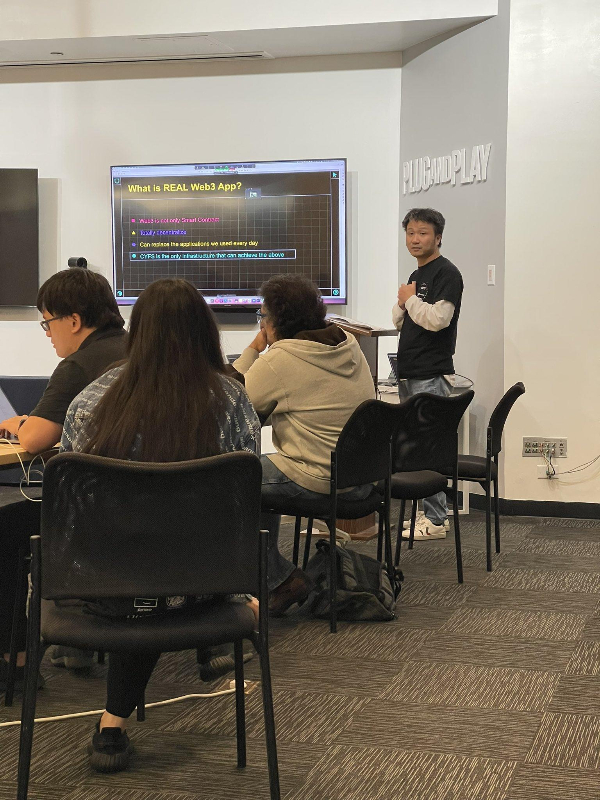 At the meeting, Liu Zhicong, chief Architect of CYFS, said CYFS is the next-generation decentralized technology to first realize building fully decentralized Web3 apps in the world. Fully decentralized means there is no central nodes in any part of the app. Users can not only own their assets(token, NFT), but can also own their application data and application itself, completely breaking the Web2 giant's monopoly on the Internet. These can fundamentally change the underlying logic of the Web. With CYFS we can feasibly decentralize current Web2 apps we are using daily, for example, Twitter, Facebook, Github, etc. There will also be many new innovative business scenarios that current Web2 and Web3 models can not do. Let's explore it together. If you attend the kick-off meeting, you will be amazed by the power of a fully decentralized and liberal web for sure.